How BMO Harris Bank Saved Over $10 Million through Application Decommissioning

BMO Harris N.A. is a large commercial bank with more than $195 billion in assets. Headquartered in Chicago, Illinois, it has more than 600 branches across nine states and is a subsidiary of the prestigious Bank of Montreal.

After acquiring M&I Bank in 2010, BMO Harris began a series of business and technology merger activities that resulted in the identification of numerous legacy applications that were outdated or redundant. Many of these were running in read-only mode and being kept alive purely for access to their data. In order to address rising costs related to the growing number of legacy systems, BMO Harris developed a Data Retention and Decommissioning (DRD) program.

During the past seven years, they have decommissioned 16 applications, archived 4.3 terabytes of data, and saved over $10 million. 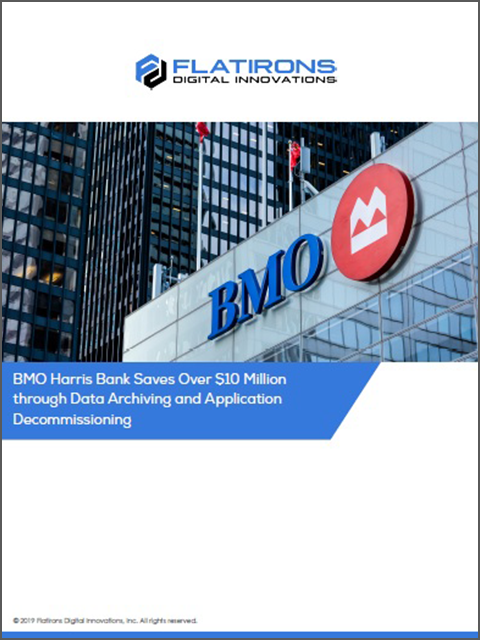 “We wanted to make sure it really was a partnership. They understood exactly what our mission was, and we understood what they brought to the table.”
— Todd Sesto, Senior Technology Officer, BMO Harris Bank